As a middle-aged straight white man, I’ll get by no matter who’s president. Unfortunately, many of the people I know and care about do not enjoy that collection of privilege and feel threatened or directly harmed by the current administration’s rhetoric, policies, and inactions.

A president of the United States needn’t be a servant leader, though the world breathes easier when one is. A strong leader grasps the moment, rather than reveling in tone-deafness; they possess curiosity rather than believing they alone have all the answers. They seek clarification, not provocation, and possess explicit empathy. They provide insight, not dogma. They are stewardship-minded, and they do not float plans, even in jest, to occupy the people’s house indefinitely. They serve others, not themselves. Finally, although open to interpretation, they display moral leadership and courage.

Acolytes may consider reckless chaos, rudeness, and eye-rolling crassness a feature, not a bug. They fail to see that adulation of dictators, the refusal to show respect toward women, allies, or basic facts, makes a mockery of this nation’s values. It is exhausting, haphazard, disjointed, and the antithesis of the effective leadership this country deserves and a freedom-loving world needs.

No presidential candidate is ever the perfect candidate; anyone examined under a klieg light will have their flaws laid bare. Sometimes we ignore those flaws for the greater good; sometimes, we dismiss them for our personal ends. The choice, thankfully, rests with the people. For those who value leadership and the evergreen cause of forging a more perfect union, the decision is easy. 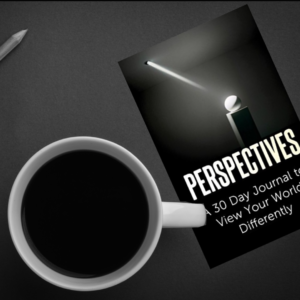